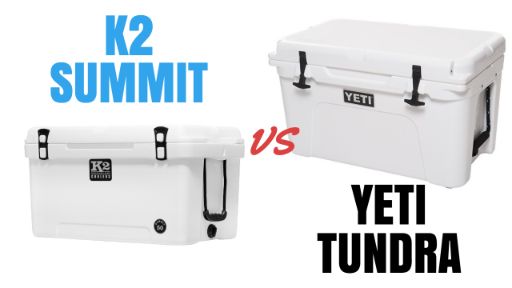 When comparing K2 coolers vs Yeti I found the K2 coolers offer slightly better ice retention at a fraction of the price, but Yeti have the best construction.

In this detailed review I’ll compare the Yeti Tundra and the K2 Summit range of coolers to determine which cooler is the better buy. Is the Yeti worth the extra cost or are you better off with a K2 cooler?

We will get super detailed in a second, but here's the brief overview for those of you short on time.

K2 coolers sell for around $40-$90 less than Yeti, which is a great saving for the budget conscious shopper.

They have similar (but slightly different) features with the K2 offering a wider diversity of color choices.

Build quality on the Yeti is nicer, with a premium feel, but both coolers are built well.

When it comes to holding ice they are comparable to each other. K2 has a slight, but likely insignificant, edge over the Yeti – keeping ice an extra half a day in ice tests.

I’ll leave my final opinion for the end of this article after we have assessed each aspect of the cooler, but basically both coolers are great with the Yeti being a premium cooler for a premium price and the K2 being a solid and more affordable alternative.

I want to cover price first because it is one of the main reasons customers choose K2 over the Yeti.

If you look at the price comparison chart below you will see a significant difference between the K2 coolers and the Yeti where you can save over $90 on some sizes by going with a K2 ice chest.

The reason Yeti charges more for their coolers (that I can work out) is 2 fold.

Firstly, they were the first roto-moulded cooler on the market back in 2006 and has since developed a brand recognition that is unrivaled by any other cooler like Yeti. Yeti also seem to spend more in marketing and have a better distribution that any other brand.

This means, in essence, you are paying for the brand in the same way you pay extra for brand name clothing compared to a similar t-shirt with no brand on it.

However, (and this is the second reason you pay more for a Yeti) Yeti coolers do have a premium feel to them. The plastic is a nicer color and it is finished to a higher standard than any other cooler I can see.

It’s hard to explain without see two side by side in detail, but the Yeti just has a premium feel to it in the same way an Apple computer feels high-end compared to some cheap PC.

Don’t get me wrong, K2 coolers are built to an extremely high standard and they are going to be just as robust as the Yeti, but the Yeti does have a premium feel.

Whether or not that premium feel is worth it will be up to you. 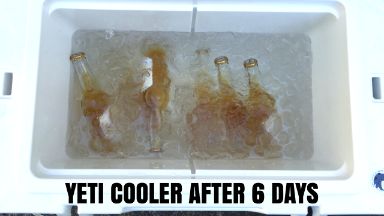 Coolers like Yeti and K2 are so loved (and so pricey) because they can keep ice way longer than a regular cooler.

Both Yeti and K2 have really good ice retention, keeping ice for 6+ days in 90 degree weather.

You can fill both of these coolers with some bags of ice and your beverages and a week later the cooler will likely still have ice left in it.

There aren’t a lot of ice tests out there that directly compare the K2 to the Yeti but there are a couple and these ice tests have shown that the K2 does outperform the Yeti, if only by half a day or so.

For me, more tests are need to conclude once and for all that a K2 cooler will keep ice longer than a Yeti, so for now I’ll say they are comparable to each other with the K2 have the potential to keep ice a little bit longer. 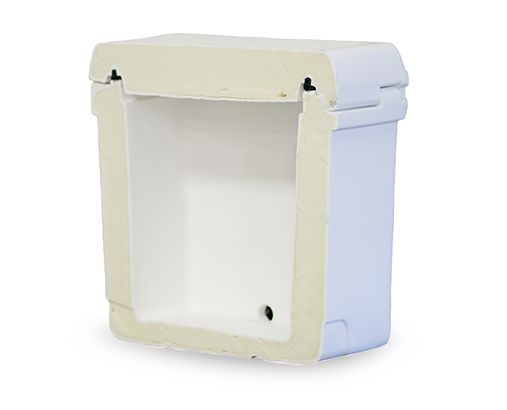 Both coolers are packed with intense amount of insulation and this is what keeps the cold ice inside from melting for such a long period of time.

Both are packed full of insulation so you can be confident that the ice retention described above will easily be achieved when you buy your cooler. Just make sure you follow these tips for keeping ice longer in a cooler.

Sometimes you get a cooler (like the Pelican) that is much heavier than the Yeti and thus makes it much less portable and gives you more back problems.

So weight isn’t really a factor when comparing these two ice chests. 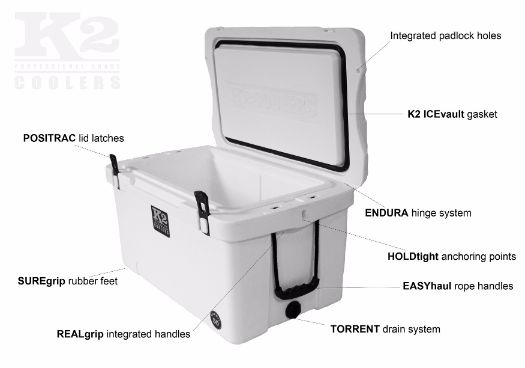 So far the only way we have been able to distinguish these 2 coolers is by price, as the ice retention, weight and insulation makes them look identical to each other.

So let’s go through the differences in features so you can get a full understand of which cooler is going to suit your needs better.

Roto-moulding (or rotational moulding) allows the cooler to be made of a single piece of plastic with a uniform thickness. For you it means the cooler is ultra strong, made from the same plastic is white-water kiyaks and can handle almost anything you throw at it.

Both the Yeti and the K2 have a roto-moulded construction so they are extremely (an equally) durable. 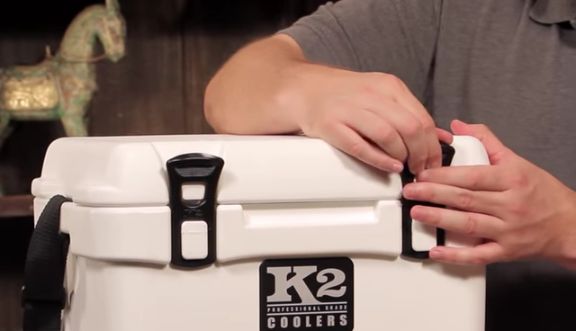 The latches on the K2 are different to any other cooler I’ve seen. Whereas the Yeti has ball and socket latches that you pull down to hold the lid in place the K2 has latches that pull up and hook over the lid.

It’s a slight and subtle difference between the coolers but both types of latches are easy enough to use that it isn’t a huge difference. 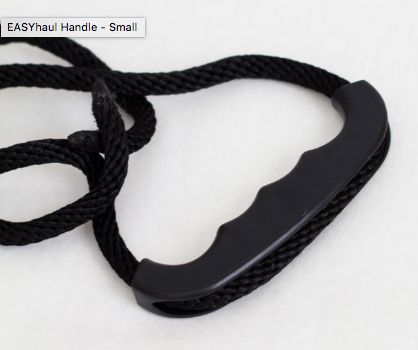 K2 also has the addition of moulded in handles in the side which make for easier one person carrying. I really like this addition to the K2 and much perfect to carry my coolers using the moulded handles vs the rope handles which tend to sway as you walk.

The 30-Quart and 60-Quart sizes of K2 coolers come with the option of wheels and a suitcase style handle, those these aren’t free additions.

Compare that to the Yeti, of which no sizes have wheels. If you want wheels on your Yeti then you’ll have to buy an aftermarket (aka made by someone not Yeti) wheels which start at around $150 and go up from there (with dual axle wheels costing over $300).

I think if you were going for the 60-Quart size then wheels would be a no-brainer. Just $50 extra and you can then carry the cooler by yourself, that would be awesome.

The Yeti offers a 5-Year warranty on their coolers but the K2 one up this and offer you a longer 7-Year warranty.

These coolers are built to last so the chances of you needing to use this warranty are slim, but it’s nice to know you’ve got an extra 2 years of security with the K2 vs the Yeti cooler.

Both the Yeti and the K2 cooler are certified bear resistant when used with padlocks.

The last thing you want is a bear strolling through your campsite and getting into your cooler (and handing around for more). So both of these coolers are a great option for those of you camping in areas where you may see the odd grizzly. 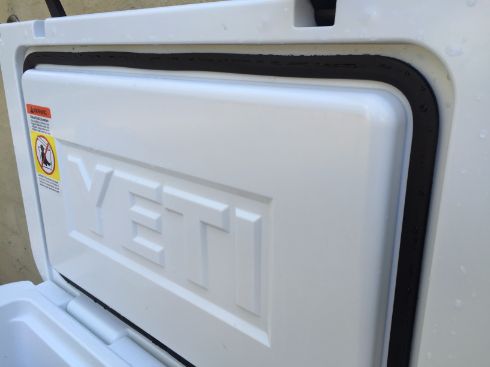 Other features worth noting (but not worth an entire section dedicated to them are as follows:

Gasket – Both coolers have a commercial grade rubber gasket which keeps the warm air out and the cold are in. 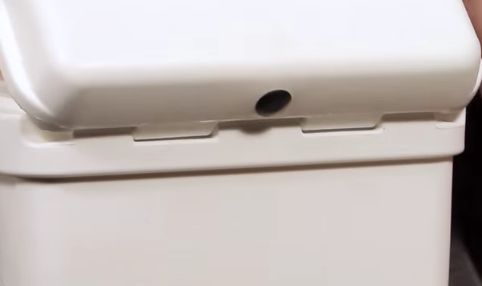 Single pin hinge – The lids of both coolers operate on a single pin hinge. These are way stronger than your standard plastic or metal hinges and are made of stainless steel. So they’ll never rust and they’ll likely never break either.

Lids – Some coolers similar to Yeti come with rulers on the lid for measuring fish (or anything else you want). Both the Yeti and the K2 have failed to add these measurements to the lid which is disappointing. 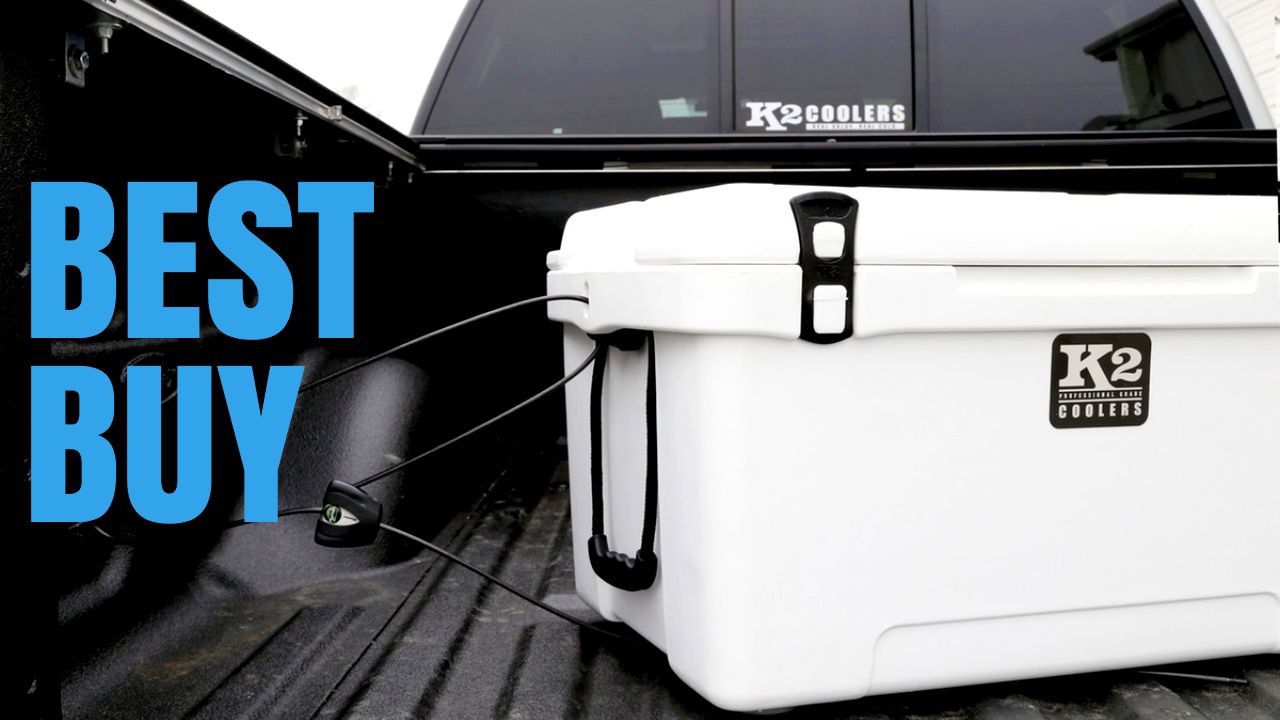 In my opinion, in the K2 vs Yeti battle the K2 cooler is a better buy with just a few exceptions, which I’ll mention in a second.

The Yeti has all the same features of the K2 and doesn’t offering anything exceptional to justify the increased price tag.

Sure the plastic has a more premium finish but is that really worth an extra $100 or so?

In my opinion I would advise saving the $100 and going with the K2. You’re ice is likely going to stay cooler longer and you’ll be just as happy with it as with the Yeti.

Use the extra $80 to pay for ice for an entire year or use it to deck out your cooler with some cool accessories like the stainless steel bottle opener, smoothglide kit or divider/cutting board. These accessories will make your cooler more functional and make you love it even more.

The Exception to the Rule

The exception to the, and when I recommend you buy a Yeti, is either when you have a space with specific dimensions that will only fit a Yeti. Check my cooler comparison guide to see the different dimension if this is you.

The other situation where I recommend the Yeti is if you feel you must have the brand name. Maybe all your friends have Yetis or you need to convince the missus by buying the leading brand name. If that is you then go ahead and buy the Yeti, it’s still a great buy.

Overall both the K2 Summit series and the Yeti Tundra range are awesome coolers. They are comparable to each other in almost all aspects.

The K2 is slightly cheaper and thus wins my K2 cooler vs Yeti showdown. But in saying that you’ll be extremely happy with either cooler.

To see the latest prices on these two coolers simply click the links below to be taken to Amazon.

Thanks for reading, and until next time, stay cool!