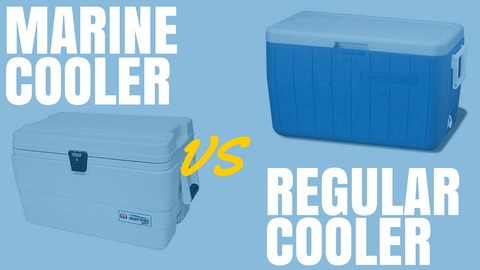 What is the difference between a marine cooler vs regular cooler? Do marine coolers have special features or is it just a marketing ploy? Which cooler is the best type to buy?

In this article I want to look at the different between these two types of coolers as well as the difference between marine coolers and high-end coolers like Yeti, Pelican, Engel etc.

A Marine Cooler Is Different To A Regular Cooler 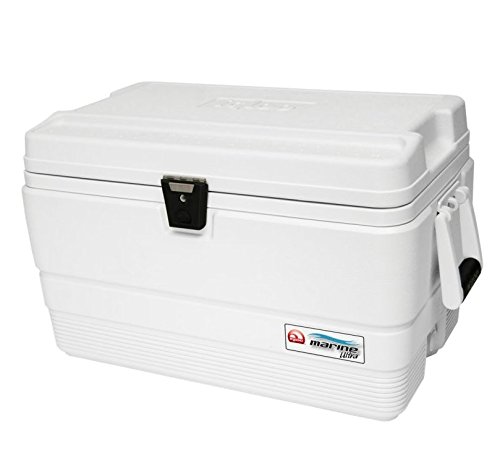 Marine coolers are in fact different to regular coolers in a number of ways.

A marine cooler is often exposed to harsher conditions than a regular cooler used for going to the beach for a couple of hours or for keeping beer cold during your Sunday afternoon BBQ.

Marine coolers are often kept out in the sun all day, exposed to salty sea water and bumped and bashed around on the boat. Ideally, they also need to be non-slip and having the ability to freeze the fresh fish caught during the trip.

For this reason, marine coolers are made differently to regular coolers and have added features that are important for marine use.

When I say regular cooler I am talking about you stock standard, buy it for $30 from Walmart, cooler with a plastic exterior and a styrofoam insulating layer.

Just like this Coleman 48-Quart Cooler that costs around $30.

Extra Features A Marine Cooler Has

Better ice retention – If you break it down the biggest reason to buy a marine cooler over a regular cooler is they have better ice retention. They will keep your food, drinks, bait and anything you catch colder for longer.

More insulation – A marine cooler generally has thicker insulation than a standard cooler which keep the contents of your cooler cold for longer. Better insulation also means a better chance of being able to freeze fish. This is especially true for high-end coolers which will be discuss in a minute.

Almost always white – The color white reflects the most sun and the most heat. As marine coolers are often exposed to the sun for long periods at a time this can make a big different in their ice retention.

UV Protection – You know how plastic gets discolored over time as it is exposed to the sun? Well marine coolers have inbuilt UV protection to prevent this from happening. It keeps your whites whiter and your colors brighter for longer.

Anti-rust components – As marine coolers are often exposed to salt water (which is great at creating rust) they are generally built with rust-resistant components like stainless steel. Given that 99% of the cooler is plastic/insulation you think this wouldn't be a big deal, but when you get rusty hinges or a rusty latch it becomes a big deal.

Non-slip – You don't want your cooler slipping off the back of your boat and floating away like Wilson did in castaway (in case you were wondering, yes I totally cried during that scene). Marine coolers are often equipped with non-slip feet as well as the ability to tie them securely to your boat while still being able to access the contents inside.

Measurements market on lid – The better marine coolers often have markings on the lid in either inches, cm or both. This allows you to quickly measure the big catch you made and instantly gloat to your friends about it.

So really when you boil it down:

“A marine cooler is a better performing, rust-resistant all-white cooler with non-slip features”

Back in the day, a marine cooler was the best type of cooler you can get. But now there are high-end coolers made by some of the best cooler brands in the world – Yeti, Pelican, Engel, Canyon etc 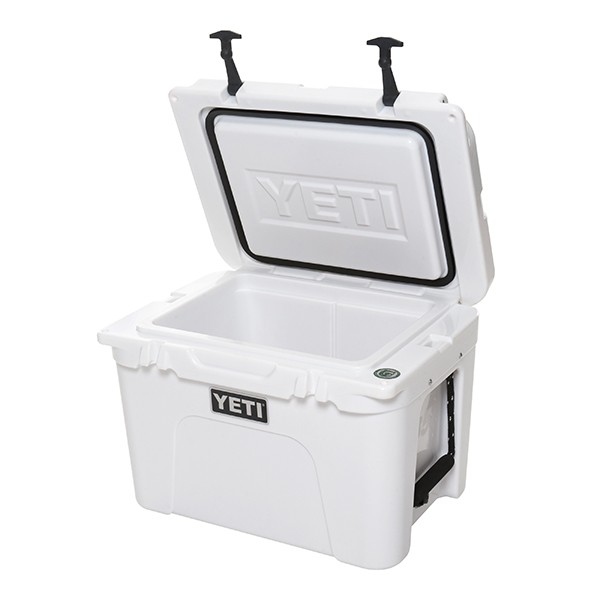 High-end coolers are expensive and range from $100-$400 more expensive than a traditional marine cooler. Yeti is by far the best-known brand and the most expensive however there are many cheaper coolers that are better than Yeti.

These high-end coolers don't market themselves as marine coolers but have many of the same features, only better.

Freezer Grade Gasket – You can get an extra 1-2 days out of a cooler just by having a better seal. The high end coolers have freezer grade rubber gaskets while general marine coolers have no rubber seal at all.

Durable – High-end coolers are durable and made to last. Many models even come with a lifetime warranty and are certified bear proof (not that you'll be dealing with many bears while fishing).

They also almost always come in white, have the same or better non-slip features and many models have the measurements built into the lid.

The best high-end roto-moulded cooler for marine use would have to be the Pelican ProGear Elite cooler.

Marine Cooler vs Regular Cooler – Which Is Better?

What About The Price Difference?

A marine cooler is generally 50-100% more expensive than a regular cooler. While this sounds like a lot we are talking relatively small numbers so it's not a big deal.

What Marine Cooler Do You Recommend?

The Igloo Marine Ultra Cooler is a decent marine cooler and will cost you about the same (or only slightly more) than a regular cooler the same size. 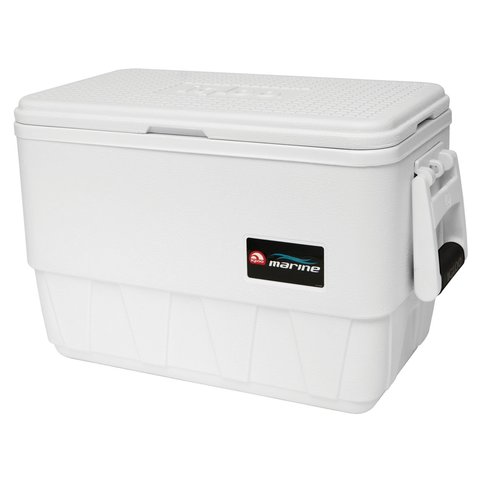 Polar Camel vs Yeti Tumbler: Which is Better?